In honor of Black History Month, we wanted to showcase some of the incredible and monumental African Americans in the world of sports. The world of sports would not be the same without many of these incredible athletes and we’re very thankful for them paving the way.  There are so many influential African American athletes and coaches, but we’ve chosen a few to highlight. 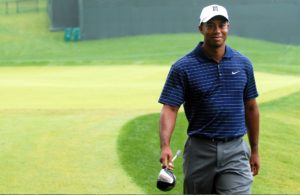 Tiger Woods –  Woods is known for completely changing the way golf is played. He is known as one of the most influential and decorated golfers of this day and age and he continues to break records in the golfing community today. He has four Masters titles and counting, and he is tied for the most wins ever in PGA Tour history! 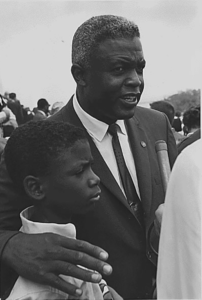 Jackie Robinson – In April of 1947, Robinson made his debut as a Dodger. He became the very first African American baseball player. Robinson was an incredibly skilled ballplayer and he broke the color barrier in the country’s marquis sport with dignity and class in an oftentimes hostile fan environment. 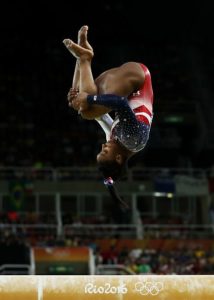 Simone Biles – Biles broke every record in U.S. gymnastic history and then some. She has become an icon to the gymnastic world. She has a total of four gold medals and 3 bronze medals, all won in the 2016 Win Olympics. She was also a part of “The Final Five” – the unbeatable five women gymnastics team that brought home gold in 2016. She plans to return for the 2020 Olympics to absolutely shatter what was thought possible in her sport. 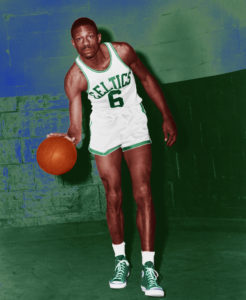 Bill Russell – In 1966, he became the very first African American coach for the NBA. He was the coach for the Boston Celtics after spending years playing for the Celtics aiding in them bringing home 11 championships in 13 years. 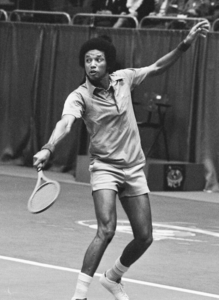 Arthur Ashe –  Ashe became the first African American tennis player to win three Grand Slam titles. The same year he accomplished this, he was also ranked the top tennis player in the world-destroying stereotypes in the process. 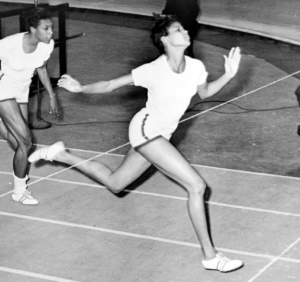 Wilma Rudolph – She was the first African American woman(and an American woman in general) to win three Olympic gold medals. She ran Track for the U.S. in the Olympics in Australia in 1956 and the Olympics in Rome in 1960. On top of all that, she was diagnosed with polio as a child, so it is even more incredible to see her amazing accomplishments as an adult. 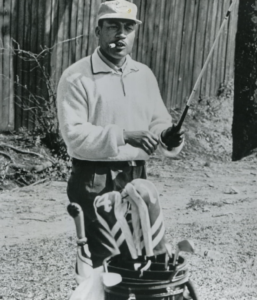 Charlie Sifford – He became the first African American golfer on the PGA Tour. It was not an easy feat. He was restricted to all-black golf tournaments before seeking his way to the PGA. Once he broke down the barrier and made his way into the prestigious event, he faced heavy criticism and backlash for his efforts, but it was Sifford who finally got the Tour to drop their “Caucasian Only” clause. He clearly paved the way for future African American golfers. 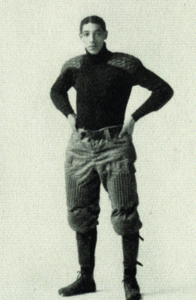 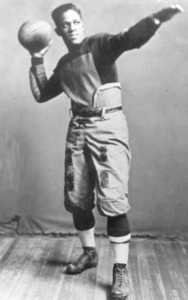 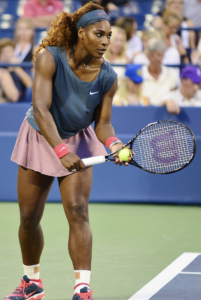 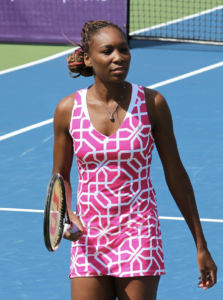 The Williams Sisters – Venus and Serena are both incredible tennis players, with Serena making a current case for being the best player of her generation with 23 Grand Slam titles. Venus has another 7 on her resume. But it is how they have consistently conducted themselves in the community that truly stands out to the kids that will undoubtedly follow. 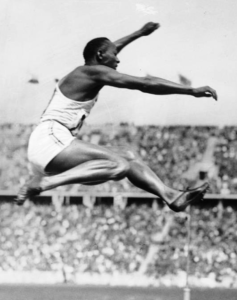 Jesse Owens –  Owens was a five-time world record holder in track and field. He also won four gold medals in the 1936 Olympics in Berlin much to the chagrin of Adolf Hitler whose platform in Berlin to establish the Master Race went up in smoke as Owens blew down the track. 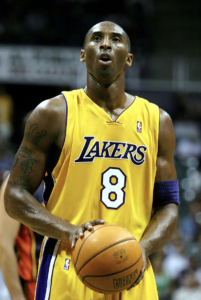 Kobe Bryant – Kobe Bryant was one of the most outstanding NBA players of all time. He played for the L.A. Lakers. He also helped the U.S. bring home the gold in basketball in the 2008 Olympics. He was incredible on and off the court. He helped bring awareness for women’s sports by being one of the all-time great #GirlDads.

Physical therapy should be the first choice when managing the pain and functional limitation that may come with an injury, accident, or surgery. Your therapist can help you regain normal motion and strength and help you return to your previous level of activity. It's a good place to start!

Contact us today to schedule your next PT appointment: 561-278-6055. Make sure to ask us about our NEW way to treat you remotely via telehealth!